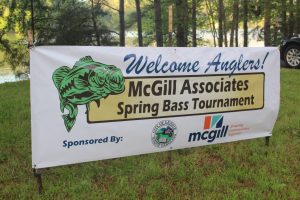 McGill hosted a successful 18th Annual Spring Bass Tournament on Friday, April 26th. Even though the threat of rain and thunderstorms delayed the original date of April 12th, the tournament day had its own unique weather challenges. It started off with a light drizzle that quickly changed to clearing skies early in the morning, followed by a lunchtime storm that lasted about 20 minutes. After the storm pushed through, the anglers experienced sustained winds around 20 to 25 mph with gust around 40 mph. This created white caps on the lake and made fishing the main river channel difficult, to say the least.

Even with all that mother nature threw at the anglers, a boat hit a new record with the largest total pounds caught, coming in at 17.75 pounds. The largest bass caught for the tournament was 5.3 pounds. Out of the 23 teams, 11 teams met the limit of 5 fish. 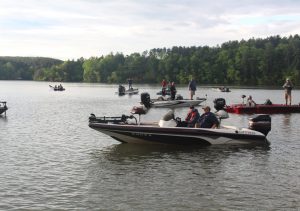 McGill would like to thank all anglers who participated. We give a special shout-out to Honey Baked Ham of Hickory for sponsoring lunch and to Hog Wild for sponsoring dinner. 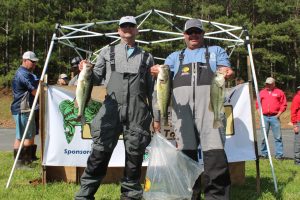 For more information please email us at info@mcgillassociates.com or call us at 844.448.4333.