Excerpt from an Interview by Juli Smith, President of The Smith Consulting Group

Juli:  Tell me about your journey to become an engineer.

Joel:  My grandmother was the Secretary for the Dean of Civil Engineering at the University of Kentucky and she would take me to the exhibits in the civil engineering department when I was a kid. It all just fascinated me.

Juli:  When you were graduating from college, did you ever think you would be leading a firm as the President?

Joel:  No of course not. I was only thinking about getting a job with an established firm. It was a tough time in the early 80’s. I went back to my hometown of Lexington and got a great job under many good, seasoned engineers. My first job was with Howard K Bell Consulting Engineering – the oldest firm in Kentucky. The founder’s son, Grant Bell, would always walk around and mentor the younger engineers – the man was brilliant. My colleagues and I could not have had a better start in our career. He wrote a design manual for the company that became our bible. Mr. Bell lived and breathed civil engineering and I was in the right place at the right time. But no, I just wanted to be a good engineer. I never envisioned leading a company one day. 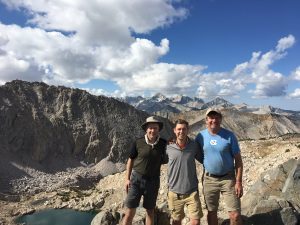 Juli:  What advice would you tell your 25-year-old self?

Joel:  Stay technical in your focus and volunteer for a variety of assignments – it’s why Bell was a perfect first job. They did a variety of things and I was afforded the opportunity to get a broad exposure to lots of different projects.

Juli:  How would you describe your mindset as a leader?

Joel:  I am a consensus builder – probably to a fault sometimes. I try hard to gauge everyone’s opinions, but I am decisive when I need to be. I am approachable; any employee can come and talk to me. How I want to be remembered as President is the guy who knew everyone’s name. I try to stop by each and everyone’s office and say hi, even just for a few minutes. I enjoy little things like when we rebranded the website, we had a big launch with a webinar and breakfast for the whole office. Before that, the marketing department gathered inspirations from people within the company about what they like about working for McGill. One of the younger employees said when it comes to the President, he didn’t know how I can know everyone so personally. That inspired me to try and live up to that.

Juli:  What’s a piece of advice you would give a younger engineer who has just gotten his or her first leadership role?

Joel:  Work hard to earn the respect of your peers, but don’t forget where you came from. Don’t get a big head. You have to command respect and you have to give respect to the people that you work with. Don’t be “that guy.” Get involved with civic and volunteer programs in your community; it has really helped me gain perspective on something other than just working the day job.

Juli:  What’s the best book or the best movie you have seen lately? 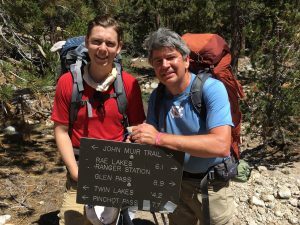 Joel:  I read a lot. The book I am reading right now is First Man by James Hanson. It’s a book about Neil Armstrong and they have since made a movie out of it. It’s fascinating. He’s historically as good a role model for leadership as anyone. We could learn a lot from Neil Armstrong about quiet leadership.

Juli:  If you had another hour each day, what would you do with it?

Joel:  That’s easy! I’d go for a trail run. I don’t get to do enough of it as I’d like. Going running allows you to think, it clears your mind. It makes me happy.

Joel:  I wish I’d written more technical papers. I worked on some cool projects as a young engineer, but didn’t formally write about them. You need to stay as technically relevant as you can as a CEO.

Juli:  What’s one career achievement you are most proud of?

Joel:  I designed a water treatment plant for Woodfin, a small community near Asheville, in the early 90’s to comply with an EPA rule. It actually became a template for the company’s water treatment plants in the region. It’s so close to town and when my kids were young, I’d take their elementary class to see it for career day field trips.