Project Designed with Safety in Mind 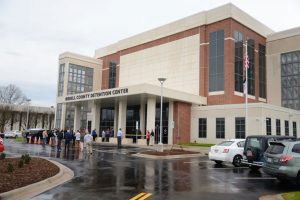 The dedication ceremony and tours of the new Iredell County Detention Center were held on March 13, 2020, at 204 Constitution Lane in Statesville, North Carolina. Iredell County Sherriff, Darren Campbell, and Iredell County Chairman, James Mallory, opened the celebration with remarks, thanked all involved for bringing the project to fruition, and opened the doors for tours, following a ribbon cutting.

Positive Impacts of the Project 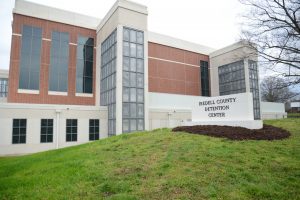 Chairman Mallory shared that the growth of the County attributed to the need for additional capacity at the detention center. The County had been housing inmates at neighboring facilities to alleviate overcrowding. With the addition of the new facility, the County can now house 500 inmates and is designed to add additional capacity in the future, if needed. Chairman Mallory shared his vision of addressing underlying issues with the inmate population, such as mental health and drug addictions, so that expansion is not needed in the future.

The new facility is designed with safety in mind for both detention officers and inmates. It is equipped with the latest technology that will change the way the Iredell County judicial system operates in the future. Having the ability to conduct remote attorney visits and virtual court visits will reduce cost associated with transporting clients. 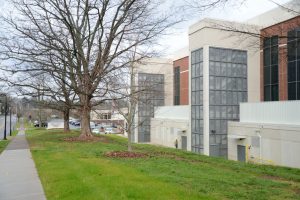 “Working with Iredell County, Moseley Architects, and Hickory Construction has been a pleasure from the beginning of design through the completion of construction. The residents of Iredell County should be proud to see the financial responsibility of their leadership come to fruition at this event,” states Matt Oetting, PE, McGill Project Manager.